One of the most important places of the Inca Empire, just 15km north of Cusco, lies El Valle Sagrado (the Sacred Valley). Filled with the perfect mixture of nature and Andean landscape with the near-perfect Incan architecture, it’s no wonder why it’s called the heart of it all. Main highlights include the Inca citadels of Pisac and Ollantaymbo to name a few.

History of the Sacred Valley

The valley that stretches from Pisac to Ollantaytambo dates back to the settlement going as far back as 800 B.C. with the Chanapata civilization. From then on, it has had different names throughout history due to different settlers until it’s final conquest made by the Incas in 1420. The surrounding fertile fields made it a prized ground for the Incas who were able to farm different grains, fruits and vegetables.

Apart from the usage of the area for farming fields, royal estates, citadels and country homes were built for the Incan higher class. But one of the more astonishing things was many ceremonial and spiritual built in representations of the constellations. This highlights how important the sky was to the Inca’s, and the religious significance of the cosmology. Many of these can be found at archaeological sites in Pisac, Ollantaytambo, Moray, Maras Salt Ponds, and Chinchero.

The entrance hall to the Sacred Valley of the Incas. This small, picturesque village built by Viceroy Toledo, a Spanish conquistador, lies above history-rich Inca settlement destroyed during the Spanish conquest. Here you’ll find the world famous artisan market, local Quechua mass, military fortress, observatories, and the Inca ruins of Pisac located at the top of one the mountains.

Known as “the Living Inca City”, Ollantaytambo stands as the town with the most well preserved Inca sites. It is mostly known for being the home of the archaeological site of Ollantaytambo, a stone fortress located on the top of the surrounding mountains.

The Maras Salt Mines are an unbelievable structure of ponds formed on a hillside to produce salt. Thousands of pools are managed by local families who use the same techniques the Incas used over 500 years ago to extract the salt from the water.

Mysterious-looking concentric terraces which were believed to be used as a form of agricultural laboratory. The Moray Ruins can go as deep as 98 feet (30m) and have varying temperatures between the different platforms 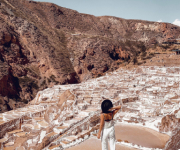 Mix the beauty of Machu Picchu and the Sacred Valley with this perfect 2-day tour. 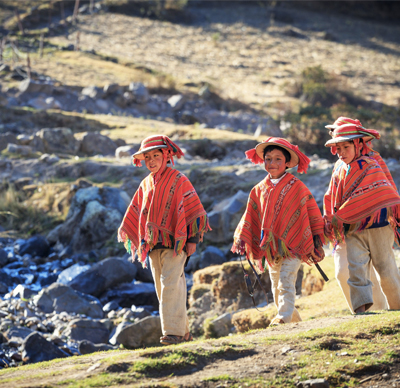 How to get to the Sacred Valley

The easiest and best way is with a Sacred Valley tour which will allow you to visit all the sites. You have the convenience of getting picked-up from your hotel/hostel, a local tour guide teaching you the history of the Inca and then being dropped back off at your accommodation.

If looking to just go on your own, as the locals would, there are a few more steps. Starting from Cusco, take a colectivo (shared taxi) to Urubamba. Once there you can take a bus or taxi to Ollantaytambo.

Another option is hiring a private taxi driver that takes you to the site, waits for you while you explore the salt ponds and then takes you back to your starting destination. Although it has the benefit of going at your own pace, it is the least popular way as it’s more costly.

At these altitudes, temperatures change quickly so it's a must taking clothing that's easy to take off or put on.

The sun is much stronger at high altitudes so it's important to wear sunblock. A hat and sunglasses are also recommended.